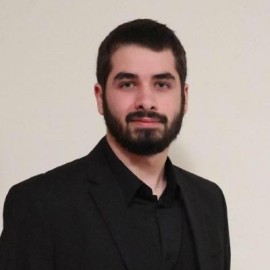 I’m a PhD student at the Institute for Astronomy (IfA) at the University of Edinburgh studying the Large-Scale Structure of the Universe. My current project involves using data from galaxy surveys to investigate the exact nature of the primordial density perturbations that were generated by Ιnflation at the birth of our Cosmos. Upcoming galaxy surveys, like DESI, will provide measurements on the largest scales which can test whether the initial conditions in the Universe follow from the simplest inflationary models, or alternatively show signs of novel effects at the enormous energy scales of the first second of the history of the Universe.

hankl is a lightweight Python implementation of the FFTLog algorithm for Cosmology.

zeus is a pure-Python implementation of the Ensemble Slice Sampling method.

Slice Sampling has emerged as a powerful Markov Chain Monte Carlo algorithm that adapts to the characteristics of the target distribution with minimal hand-tuning. However, Slice Sampling’s performance is highly sensitive to the user-specified initial length scale hyperparameter. Moreover, Slice Sampling generally struggles with poorly scaled or strongly correlated distributions. This paper introduces Ensemble Slice Sampling, a new class of algorithms that bypasses such difficulties by adaptively tuning the length scale. Furthermore, Ensemble Slice Sampling’s performance is immune to linear correlations by exploiting an ensemble of parallel walkers. These algorithms are trivial to construct, require no hand-tuning, and can easily be implemented in parallel computing environments. Empirical tests show that Ensemble Slice Sampling can improve efficiency by more than an order of magnitude compared to conventional MCMC methods on highly correlated target distributions such as the Autoregressive Process of Order 1 and the Correlated Funnel distribution.

Slice Sampling has emerged as a powerful Markov Chain Monte Carlo algorithm that adapts to the characteristics of the target …
Minas Karamanis, Florian Beutler
PDF